The Malcolm Baldrige National Quality Award recognizes U.S. organizations in the business, health care, education, and nonprofit sectors for performance excellence. The Baldrige Award is the only formal recognition of the performance excellence of both public and private U.S. organizations given by the President of the United States. It is administered by the Baldrige Performance Excellence Program, which is based at and managed by the National Institute of Standards and Technology (NIST), an agency of the U.S. Department of Commerce. Pearl River School District was one of the first three winners ever in the education field.
Franklin Avenue Elementary School & Pearl River Middle School:  National Blue Ribbon for Academic Excellence

The National Blue Ribbon Schools Program recognizes public and private elementary, middle, and high schools based on their overall academic excellence or their progress in closing achievement gaps among student subgroups. Every year the U. S. Department of Education seeks out and celebrates great American schools, schools demonstrating that all students can achieve to high levels. More than 9,000 schools across the country have been presented with this coveted award since 1982. The National Blue Ribbon School award affirms the hard work of students, educators, families, and communities in creating safe and welcoming schools where students master challenging content. The National Blue Ribbon School flag gracing an entry or flying overhead is a widely recognized symbol of exemplary teaching and learning.

Highlights of the PRHS Class of 2019: 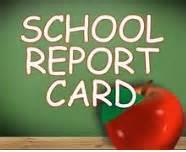